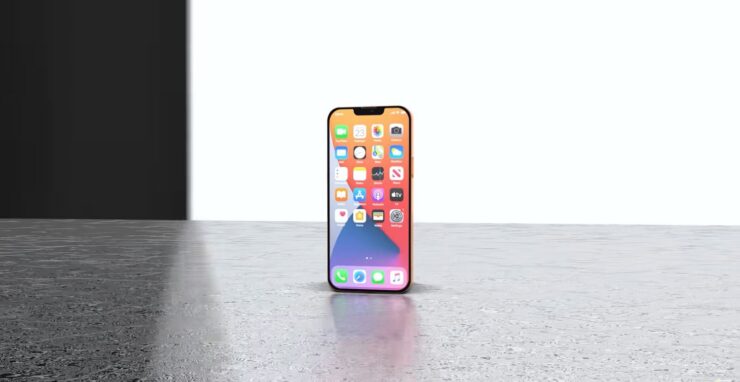 The iPhone 13 models will arrive sometime next month and we are hearing a plethora of details on what the handsets might look like. While the company will announce a boatload of other products like iPad mini 6, Apple Watch Series 7, and AirPods 3, the new iPhone models will be the event’s main highlight. If you want to see how the iPhone 13 series might look like, check out the new concept below showing the entire lineup.

The new iPhone 13 concept is made by ConceptsiPhone, showing how the entire iPhone lineup might look like. On the first look, we can see that all iPhone 13 models come with a smaller notch and bigger camera sensors which were confirmed in earlier reports. There is a new Sunset Gold color of the iPhone which appears to be quite different than the current gold color option on the iPhone 12 Pro models.

The concept video also highlights some of the features that might be part of the iPhone 13 and iPhone 13 Pro models. Since Apple is enhancing its camera sensors, there are bound to be new photography-oriented features. For instance, Portrait Mode for videos and ProRes. In addition to this, the iPhone models will feature bigger batteries to bolster the highly anticipated 120Hz ProMotion display.

As for internals, the iPhone 13 models will be powered by the company’s new A15 Bionic chip which is based on a 5nm+ node. Furthermore, the faster 5G modem will allow for better connectivity and mmWave 5G in more countries. Check out the iPhone 13 concept video for more details.

There you have it, folks. Apple will potentially announce the new iPhone 13 models sometime in September, so be sure to stick around. Also, what model are you looking to get? Let us know your preferences in the comments section below.